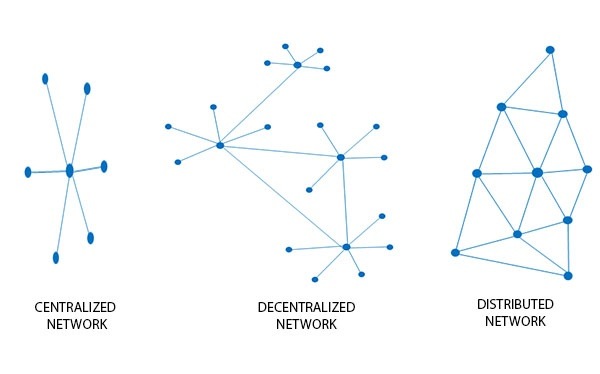 The Past Industrial Revolutions
The First & foremost Industrial Revolution was considered in the late 18th century and termed as a startup movement towards industrialization, i.e. a decent shift from domestic production to a factory-based production. The Second Industrial Revolution held in the 20th century where applied industrialization was employed to
big corporations.
The Third Industrial Revolution which is in recent times i.e. 21st century saw the digitization of the manufacturing processes for the industries which were established as a result of earlier revolutions.
Today we are in the age of the Fourth Industrial Revolution and we should welcome it because it’s connecting the technologists, industrialists, venture capitalists, entrepreneurs, and even marketers all together! Yes, it’s in the intersection of five latest technologies called: Nanotechnology, Blockchain, AI & robotics, IoT, and biotechnology. The ultimate goal of using these technologies is to transform the way of manufacturing, simplifying the business operations, connecting the businesses for a great outcome and achieving the business goals in a productive way.
As this post is specific to Blockchain technology, we are now going to discuss the benefits of it.
(1) Digital Currency Management- The blockchain technology showing its impact on different industries including the financial market with its super first advanced application called Bitcoin. Bitcoin is a mode of digital payment and nothing but a form of digital currency called cryptocurrency [Encryption enabled for security] as well. This can be used in the place of physical money for the businesses. And the underlying technology behind the success of cryptocurrencies is called the Blockchain. There are so many digital currencies are in trade these days and here is a list you can check and go through it. List of Digital Currencies
(2) Cybersecurity- Creating a keyless security system to enable more privacy and strong protection against the theft is very crucial in today’s scenario and at present so many companies are working on this feature. A lot of devices have been configured with and will be done more in the near future. One of the decentralized authentication system REMME works on Blockchain technology where data is decentralized [Not stored on one central server, & shared to nodes on the network] which aims to replace logins and passwords with SSL certificates stored on a blockchain.
(3) Healthcare Revolution- Blockchain has changed the entire healthcare system with more firm records and ability to access them whenever it requires. The best example can be understood as storing the disease outbreak data into a blockchain [Which acts as a never-ending, permanent database], that staying reliability will increase the effectiveness at the time of disaster relief and response.
(4) Hotel Reviews and rating system- This is one of the best examples of Blockchain technology in a real-time world. This facility will help hotel management a lot and create a great place for actual customer centric permanent feedback. This will generate more scope of income for the writers too.
(5) In Manufacturing and Industrial revolution: Blockchain technology has everything at one place i.e. a record keeping, security, decentralized or distributive power that makes it easily available to the staff, or any user in the loop, transparency, and accessibility. The manufacturing sector is improving with Blockchain technology. India’s biggest corporation, Reliance Industries, has said that it is developing a blockchain-based supply chain logistics platform along with its own cryptocurrency, Jiocoin. Further, in the same niche, blockchain can be revolutionary in logistics, tracking and tracing on a real-time basis. There exists GPS but this technology enhances the analytical power along with the existing technology to optimize the cost.
(6) Eliminating the mediator’s role: We’ve seen and come across so many applications, or services that take help of a third party and we know that there is an additional cost associated whenever a third party is involved. The blockchain is getting this removed using a trusted transaction between the users.
(7) In Automation: As many people think Blockchain is only a digital currency system, we can have a further scope of bursting this myth by understanding with an example of self-driving cars. These automated cars can use blockchain technology to keep a permanent record of tracks, obstacles, machine learning on driving behaviors and more! Self-driving cars, sometimes referred to as autonomous vehicles, function by using complicated machine learning algorithms to ensure the safety and security of the car & its commuters. These algorithms go through millions of hours meaningful user driving data and patterns matching which are further used to make driving decisions. As a fact, self-directed vehicles would need to handle all their events – such as an ability to pay for their fuel cost, parking and other general functions such as stopping by a customer’s call & more. This creates an outstanding opportunity for blockchains as they can help with the development of self-driving vehicles in pooling data and also for a machine to machine payment processing.
The opportunity with Blockchain technology implementation is huge & endless. This has been a self-motivating for the technologists and its stockholders. Also, so many businesses, enterprises, technology honchos have started investing in it and a lot of industries are adopting this future technology into their business operations.
We at Kedjja specialize in developing the future world technology solutions that can help your business grow with this competitive market. Our skills in Blockchain consultancy & development, data analysis, IoT and artificial intelligence etc can demonstrate helpful solutions for your business.
Source: Emma Whitner